Immunity From The Herd

Several potential presidential candidates addressed the ongoing measles outbreak and kicked off a debate about whether or not to forcibly require vaccinations.  I hadn't tackled the issue philosophically so I began with the premise that it would be immoral to force someone to get vaccinated and also immoral to force someone to interact with the unvaccinated.  That it's moral to deny science and to endanger yourself and also moral to discriminate against those plaguemares by refusing them onto your property.

And that would be a very popular discrimination. Popular not because you alone hold that view, but because many others share that view. But if the morality of a discrimination depends upon its popularity, and you alone do not constitute popularity, then others necessarily dictate who you may or may not prohibit, violating the premise. 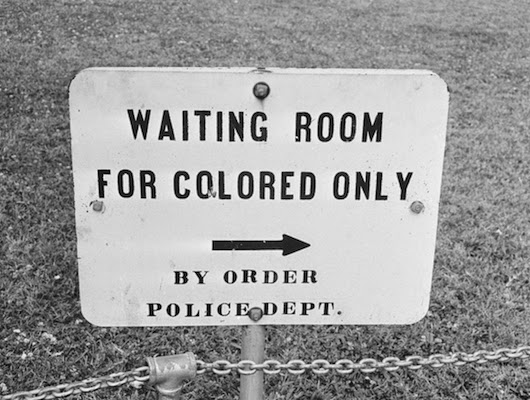 Racial discrimination seems to be the most polarizing and unpopular so it's necessary to defend the morality of hanging a 'Whites Only' sign in a store window. I do so in the context of attempting to persuade someone to accept the premise instead of using sabotage or legislation to remove the sign.